One day tour to Osh city

Osh is the oldest and the second-largest city, officially called “The Southern capital” of Kyrgyzstan. The city among the oldest settlements in Central Asia was known as a center for silk production and an important trade center in the Great Silk Road. Osh Central Bazaar is one of the oldest in Central Asia that never changed its place and is still of great significance. 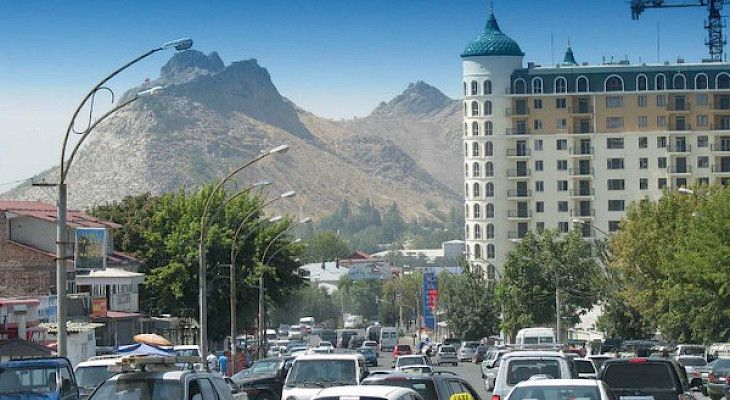 Meet the driver at the hotel lobby.

06:30 Transfer from hotel in Bishkek to Bishkek International Airport.

Meet the guide and driver at the airport meeting zone.

-Suleiman Mountain. Suleiman Too (Suleiman is the prophet Solomon -Suleyman in Quran, “Too “is “mountain”).

The museum is the only UNESCO sight of the whole mountain with many sacred places in caves and paths. It is quite unusual – the museum with rare artifacts is located in the largest cave of the mountain.

Besides, there are several caves, rocks, and niches each with its name. The locals and pilgrims believe every spot of the mountain is sacred and come here to follow the rituals and pray for a better life and good health; couples come to pray to be blessed with a child. It is believed that every spot of the mountain is sacred. There is a watching platform with beautiful panoramic views of the city and surroundings.

- Osh Bazaar, a colorful bazaar with more than 2000 years of history, played an important role in the Great Silk Road as a major landmark. Nowadays, visitors may take a walk around and enjoy shopping in the shops of national clothes, embroidery, handicrafts, and souvenirs.

- Main Square with Lenin statue. Kyrgyz people are very respectful of the history of the Soviet period and kept the monument to Lenin in main cities as the country's major developments were made during the Soviet time.

Meet the driver at the airport meeting zone.

Transfer to the hotel.

End of the tour.

Book it!
Book it!

- All transfers as per program by comfortable tourist class transport as per road conditions including transfers to - from the airports in Bishkek;

- Single entry tickets to the sites, museums, mausoleums and nature fees as per program;

- Accommodation in hotel in Bishkek (can be added by request);

• Please note that the drivers do not speak English or can speak only basic English.

• All the changes in the basic itinerary, timing for transfers depending the international flights departure/arrival time are to be discussed and pre-agreed with Tour Operator