Not far from the small town of Cholpon Ata, located on the northern coast of Lake Issyk-Kul in Kyrgyzstan, opened a unique and large-scale open-air museum "Rukh Ordo", named after the famous writer Chingiz Aitmatov. The author and creator of this cultural center is well-known deputy Tashkul Kereksizov.

“Rukh Ordo” is not just a museum or a park, it is a place that combines religions and cultures of different nations and different times.

There are five snow-white temples surraund of the huge territory of the center, which are distinguished only by the symbols of the five main religious movements, installed on the dome of each of them. These are Judaism, Buddhism, Islam, Christianity and Catholicism. Such a plan emphasizes the equality of all believers in the face of God. In each of these temples are located the main artifacts and images of saints belonging to the respective religion. 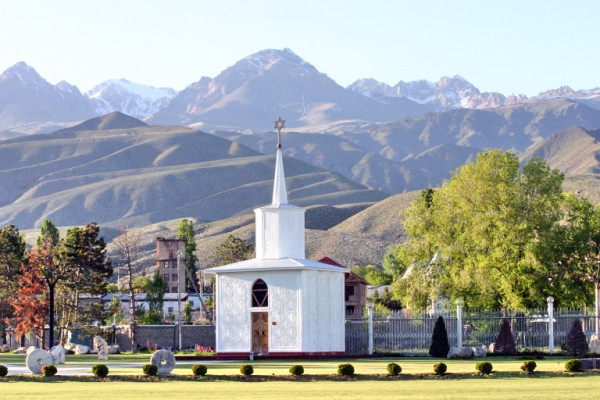 An interesting fact is that Boris Nikolayevich Yeltsin personally opened an Orthodox church in the Rukh Ordo complex and called its the name of his wife - Naina. There is one more interesting feature - the author of this unique cultural center Tashkul Kereksizov was a graduate of an orphanage where worked an elderly Jewish woman which cared the future deputy with warmth. After the creation of "Rukh Ordo" Tashkul Yanuzakovich hung a portrait of an elderly woman in the temple symbolized the synagogue.

The complex also houses a museum, which houses art objects, paintings devoted to the Kyrgyz epic, and musical instruments. 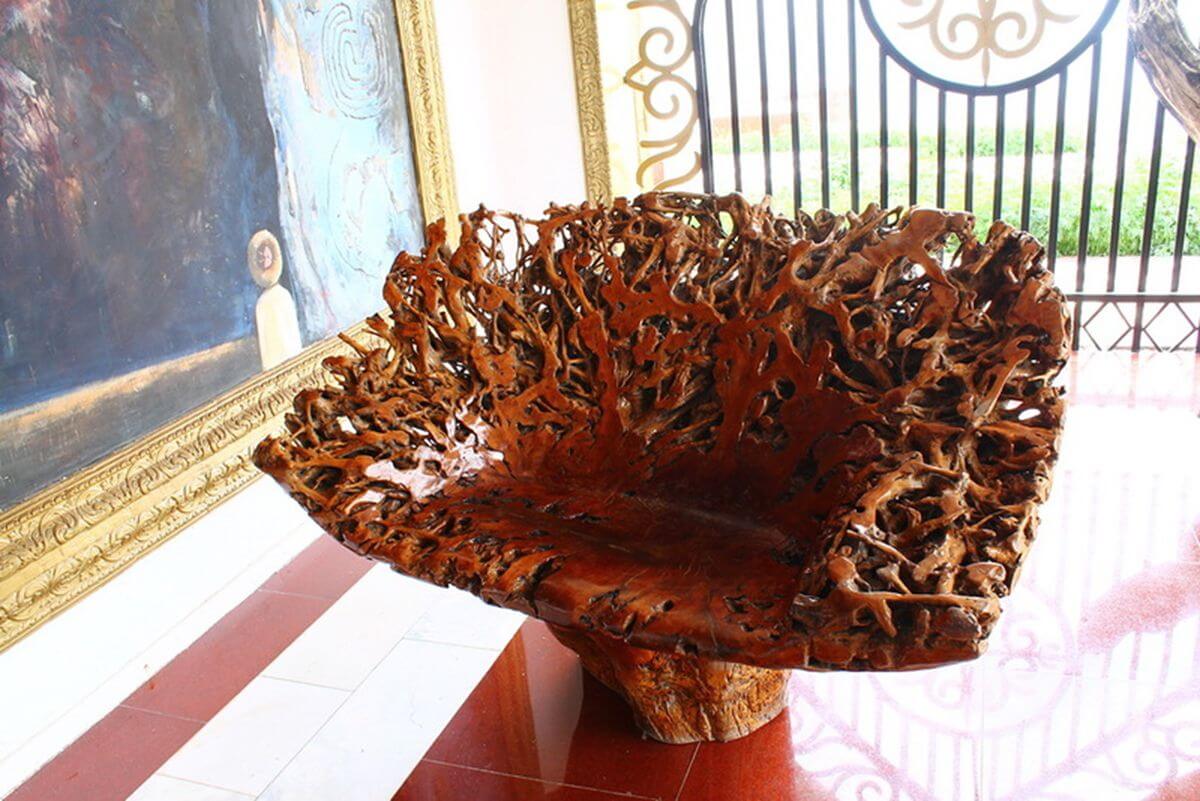 The tree of life, strikingly similar to the blossoming sakura, was perhaps one of the first exhibits of the museum. It is located between the majestic waters of Lake Issyk-Kul and the huge images of great scientists, located in the gazebo around a giant granite ball, which symbolizes the immutability of science and the stability of time. 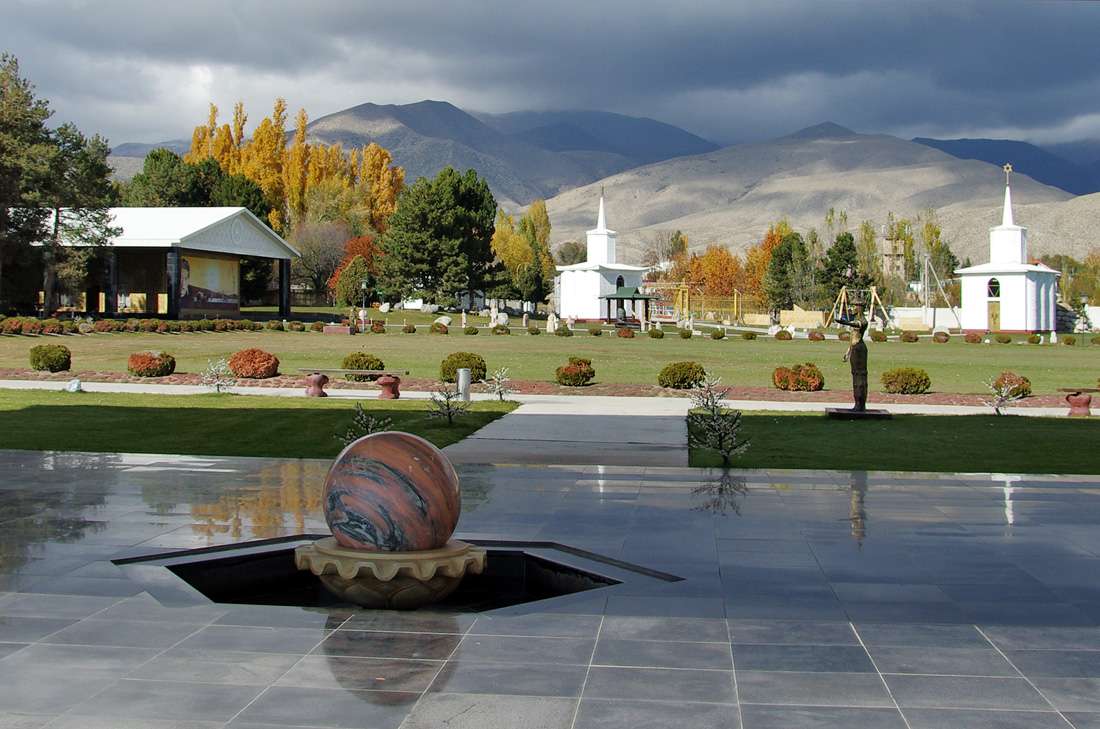 Also on the territory of the cultural center are monuments and statues belonging to world epics and directions. In the middle you can see the museum of Chingiz Aitmatov and his statues frozen in time. 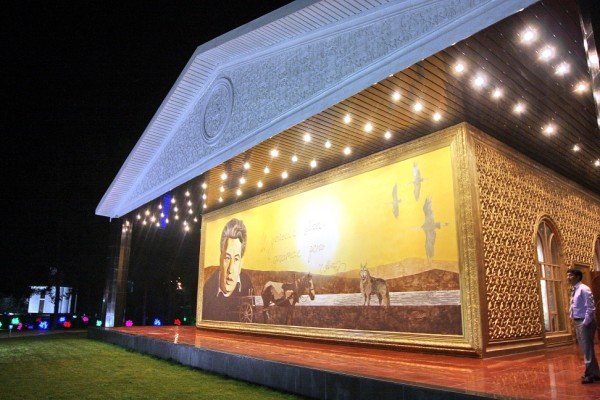 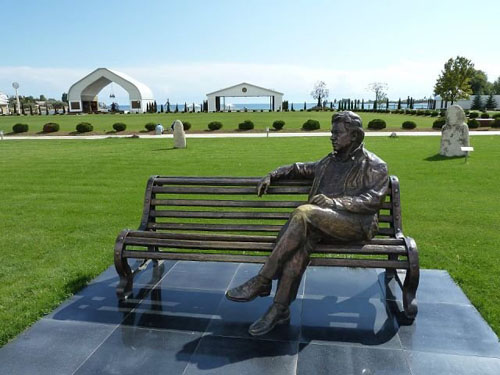 “Rukh Ordo” is not only an open-air museum, but also a unique concert venue with a magnificent view of the blue waters of Issyk-Kul and a unique acoustic sound. 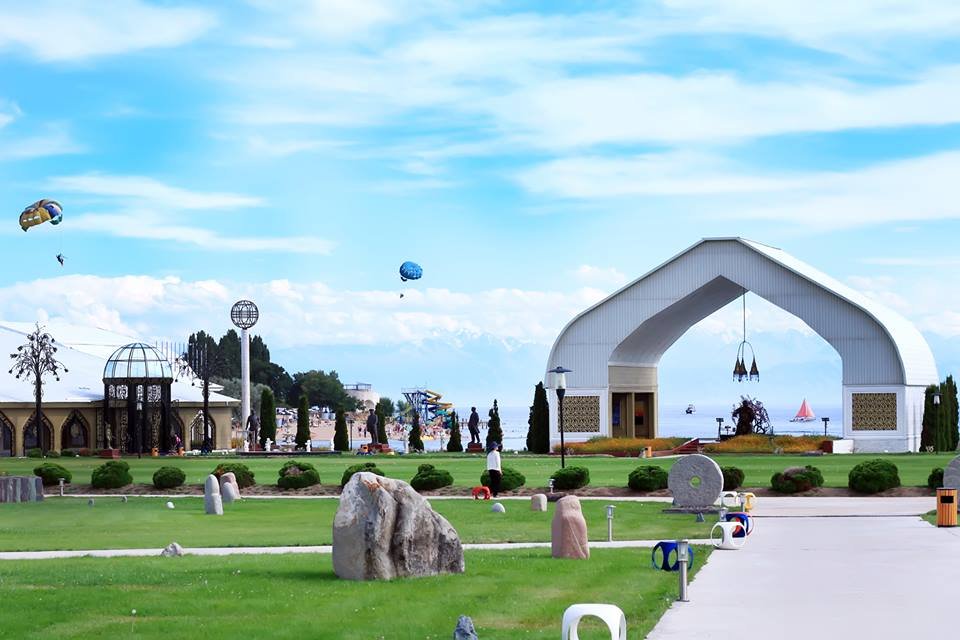