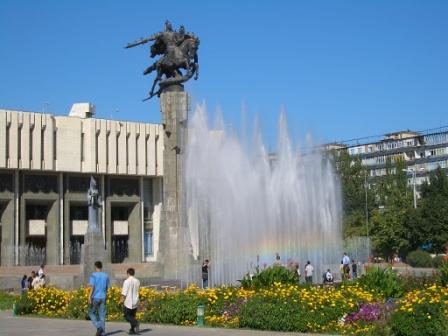 Bishkek is located in the center of the Chui Valley, at the foot of snowy Kyrgyz Ala-Too mountains at an altitude of 750 meters above sea level. The climate is acutely continental. The characteristic feature of the city is the strong layout of streets, which cross at a straight angle only.

Since the VII century Bishkek city had been known as Jul settlement (forge fortress).

In 1825 Kokand fortress Pishpek was built, it deployed the largest garrison in the Chui Valley.  Twice (September 4, 1860 and October 24, 1862) it was captured by Russian troops. In November, 1862 the fortress was destroyed, and two years later the military picket was based on this place. Then the bazaar was formed there. In 1868 Pishpek settlement was found. In April 1878 because of declaring Pishpek the center of the uyezd, it got the city status. 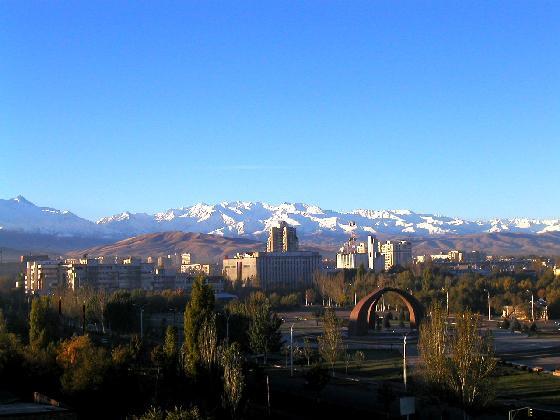 In February 1, 1991, by the decision of the Supreme Council of Kyrgyzstan, the city was renamed Bishkek. According to one version a new name comes from the mythical hero Bishkek-batur, who lived in the area in the XVIII century. According to another version the name originates from the harmony of words Pishpek (first name) and Bishkek (kitchen utensils, a stick for the churning).

First of all, Modern Bishkek – is a cultural, scientific and financial center. The National Academy of Sciences, 9 research institutes, 18 universities, including the Kyrgyz State National University and the Kyrgyz-Russian Slavic University, 20 institutions 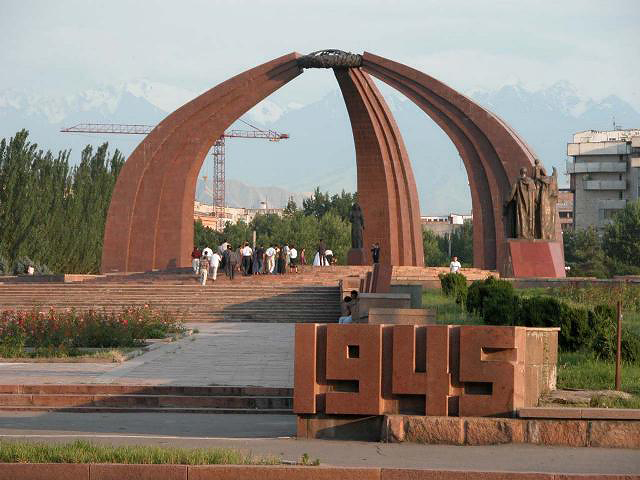 are located in the city.

There is an alpinist camp "Ala-Archa" near Bishkek. There are recreation centers: "Warm Springs", "Issyk-Ata and many others. The city has more than 20 parks, the most famous are: Panfilov Park, South Gate, Flamingo, Ata-Turk Park. In the last ten years numerous centers of gambling and recreation appeared in the city. Dozens of nightclubs, casinos, entertainment centers, sport complexes are in the city. Aquaparks and swimming pools also function in Bishkek.